June 26, 2020
The night at the liquor store ended peacefully.  Thankfully,  I was spared from being transported in a police cruiser to the detox center.  I owed it all to my girlfriend who convinced the officers to let me go to her custody.  She drove me home and soon things got a little "dicey" again when I called my ex-wife on the phone.  I proceeded to tell my ex that I was soon to be married in October.  The news of my betrothal didn't settle very well with her.  She hung up on me but called back immediately.  She emphatically told me that I would never see my kids again if I were to get married.  She hung up again and I was fuming!  My preferred way of dealing with anger and frustration was to destroy an inanimate object such as a chair, table or in this case....the telephone.  We only had rotary phones back in those days, but they were large, plastic, and annoying.  I referred to the phone as an "instrument of disaster" meaning that the majority of calls spelled disaster in one way or another.  In any event, I took a hammer and proceeded to pound the plastic into several, unusable pieces all the while cursing the ex-wife and her villainous ways.  Hammering away, my aim wasn't the greatest.  Missing the phone several times, I accidentally pounded the floor.  Being on the second floor, the tenant below heard all the commotion, cursing and screaming from above.  He or she called the police thinking that I had murdered someone.  In no time, an officer arrived knocking loudly and incessantly at our front door.  My girlfriend told me to "go to my room" which I did without hesitation.  The officer discovered the dismantled telephone and asked my whereabouts.  I had to emerge from my room and explain the explosive situation.  I just remember feeling very "sick and tired" of being "sick and tired".  It seemed as if my life was in constant Deja Vu having similar unpleasant encounters with authority and inanimate objects.  During my drinking career, I had several episodes of anger mismanagement.  There were chairs thrown, tables broken, holes kicked in the walls and many objects hurled.  One episode I am not proud to recall was when a swat team surrounded my apartment.  This incident was precipitated, once again, by a phone call from the ex-wife.  She had called me on Father's Day to inform me that she was taking sole custody of my two sons and moving out-of-state.  Anger, fueled with alcohol, possessed me to throw a card table out the front window of my apartment.  Before I knew it, the swat team had arrived, guns drawn.  Here was a familiar pattern.  Anger fueled with alcohol.   A destructive behavior that I had always fallen back on for many years.  I was "conditioned" to react with anger..."drink and get angry, get angry and drink". That combination always got me in big trouble.  But this go-around  (my last drunk) was different. I knew that the situation was not going to get any better, especially by consuming alcohol.  It would only get worse if I were to continue imbibing.  When the officer left that evening, I experienced an epiphany that changed my life for the better.  I made up my mind to surrender to the disease of alcoholism.  I took that first step admitting that I was an alcoholic.  I went to many AA meetings thereafter. Ninety meetings in ninety days was recommended.  I soon learned that I was powerless over alcohol and that a power greater than myself would restore me to sanity.  The culmination of many past situations led up to my decision to quit.  I was fortunate to have made that decision before I might have killed or maimed someone while behind the wheel.  A very popular cliché in AA resonates with many.in the fellowship...  "there, but for the grace of God, go I".  Simply put, it's a recognition that other's misfortunes could be one's own, it it weren't for the blessing of a Higher Power or for one's luck.  I prefer that it was my Higher Power that intervened and gave me an epiphany that literally saved my life (and others).

Popular posts from this blog

June 25, 2020
When I arrived to pick-up my girlfriend at work, she said she was running late and told me to wait for her.  Knowing that a liquor store was just around the corner, I decided to make my wait worthwhile.  I didn't have any cash at the time (imagine that) nor did I have a bank balance.  Needless to say, I picked up a can of beer and proceeded to write a check for sixty-five cents.  When the clerk denied my check, I became very belligerent and told him that I was not leaving the store until he took my check.  That didn't work very well as he called the police instead.  When the police arrived, I put on my best face and instantly became very polite.  "Yes, Officer, I will leave the premises as you wish", was a carefully rehearsed statement.  I left politely but only to return fifteen minutes later demanding that the clerk take my check.  Again the police were summoned.   I remember flailing my arms up in the air reciting, "I be nice, I be nice!"  The police…
Read more 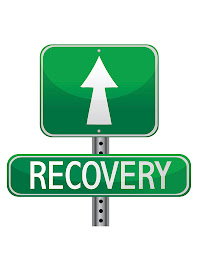 Hope and Inspiration for Recovery...This is the first of many blogs about addiction recovery.  My drinking career started when I was twelve years old and lasted sixteen, long, suffering years.  When I turned twenty-eight,  I was "sick and tired" of being "sick and tired" and decided to surrender to the disease of alcoholism.  Achieving sobriety, one day at a time, was my goal and with a lot of support from fellow recovering alcoholics and sponsors,  I was able to succeed.  I learned, from others, that there was a better way of life in sobriety and I truly wanted that.
There is so much information that I would like to impart to newcomers and those that are currently in recovery but are struggling to stay sober.  My daughter, Lisa, was also afflicted with addiction at an early age.  When she was seventeen she went to a sober living facility in Louisiana and enjoyed sobriety for three years.  Unfortunately, when she turned twenty-one, Lisa thought she could drink …
Read more

Gary Stoefen
I have over forty years of continuous sobriety and know the subject matter of addiction very well!